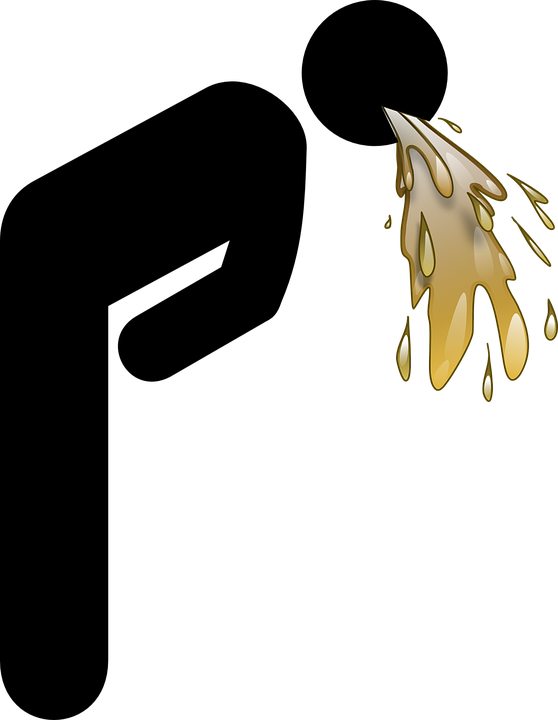 My aunt’s birthday was Monday. The family got together, which rarely happens, and we all went out to dinner. It was a great day. The End.

It was a fantastic day, but I couldn’t help but realize how different I act around my family. I’ve been to college and I consider myself a somewhat douche-y intellectual. However, above all, I consider myself a good dude. It takes family to remind you just how awful you really are.

My family has always been a pretty dark humored bunch. Dark humor tends to come about from dark circumstances. My family is no different. We yell and we cry and we laugh through the dark times, of which there seem to be many. Usually, I am silly and goofy and joke about fun things but when I get together with my family, I can tell how much I change. Normal things I find taboo tend to  come front and center for cracking jokes about.

I drove down a few back roads on our way to lunch. The cool air ripped around us while we remained toasty inside, to my lament. I always enjoy things between 65-67 degrees. My aunt likes her temps between 73-hell fire degrees. It was her birthday so I said, “Well, I suppose it’s okay that I have back sweat for a little while.”

“Turn down that road over there,” Josh said pointing left. As we’ve gotten older and dealt with our own demons, I notice our bond growing. Pain knowing pain. He points down an old road leading to town.

“I thought you were hungry? Eyes on the prize,” I said.

“Oh yeah,” Josh said as he sat back into the passenger seat. He looked the smallest bit defeated. I would have felt bad had I not been hungry enough to literally eat a person (not the whole person, just, like, a leg or something).

“Well, we should go by there after dinner. There’s a creeper* van back there for sale. Who the hell would buy that?” he shook his head.

“I mean, maybe it’s meant for kidnapping,” I said. “You know, long windows and all that. Pretty easy stuff.”

We laughed. What follows from there is a conversation only meant for those in the car. However, I will tell you that, by the end, Josh had a Haram and massive house where they stayed in a particular wing and cleaned or made love to him. I, on the other hand, was madly rich because I “procured” people. Basically I was like the other side of Taken but for high class individuals. No garbage, drug-laden prostitute dens. Sultans only!

We grabbed dinner and hopped back in the car. There was a lot of heavy breathing and burps, as usually follows a trip to Golden Corral.

Josh mentioned he felt like he was about to throw up. I told him he should just let loose as it wasn’t my car.

“Must’ve been all that ROTTENNNN HAMBURGERRRR,” Josh said in a gravelly voice and glass shattered in my mind.

Isn’t it funny how things in our childhood drift away? We say or do something that is funny or terrible in the moment and then time happens. You fall in and out of love, go through school, and live your life. All the while, this one event gets pushed further and further back until someone casts their line out, hook it, and reel it to the surface.

All I needed to hear was “Rotten Hamburger” and that old memories wriggled on the hook like an angry bass.

I was seven or eight; Josh would have been twelve or thirteen. We spent most of the day together and had McDonald’s. He started feeling nauseated and we went home. He started throwing up and I was an asshole. I decided to peek my chubby brown face around the corner and lightly taunt him.

“You know what it probably was? That hamburger. Didn’t it taste funky?”

“Chris, shut the hell up and go sit down,” my mom yelled to me as she rubbed my cousin’s back.

“It was so brown. I bet the cook didn’t even wash his hands when he served it up. I can smell all that ROTTENNN HAMBURGERRR.”

I repeated it in differing ways, each time met with a concert of burping, puking, gagging, and farting.

I finally weaseled my way between my mom and aunt to continue my verbal assault but I stopped in my tracks.

It was the combination, really. The mixture of the sour bile smell mixed with a big mac all swirled up with half-digested fries hung in the air while the toilet in front of me bled brown, chunky liquid. The high pressure of vomit smell and the low pressure of disgusting brown chunks everywhere met and created a tornado in my stomach.

I felt dizzy and stumbled backward. To the kitchen, threw my head into the sink and through up so hard my back popped. It was one of those vomit sessions where it just keeps coming and when you finally feel like you have nothing left in you, it comes again.

My cousin walked in watery eyed behind me. I turned for a moment to see him smiling.

My stomach convulsed and a symphony of terrible noises came from my body as I hurled everything I had into the sink.

A split second later, I was back in my car’s driver’s seat.

It is funny now. All of it. When you’ve known someone your whole life, you’re watching their life movie while living yours. My movie left that scene on the cutting room floor but for his movie, it made the cut.

I realized how much of an asshole I was as a kid. Doing anything for a laugh. Then I thought about who I was just hours before when talking about the creeper van. I’ve come to realize, for better or worse, we are our truest selves when around those who hold a mirror up to us and show us who we were.

Published by Introspections During Quiet Time

I am the kind of person who laughs at a persons sneezes or looks into the deeper meaning of the smallest things. I can't help it but I am into what most people hate. Those awkward, quirky little things that somehow become huge ones. That is where my mind stays. View all posts by Introspections During Quiet Time