I was walking home not too long ago and I couldn’t help but be incredibly frustrated. I had multiple papers due in a few weeks, my house was in disarray thanks to my rambunctious puppy and I had little time to do anything but attend work, class, and sleep. I was spent.

I couldn’t help but think what life would be like had I taken the road less travelled, so to speak. I imagined if all those years ago I had moved on with the silly thoughts of college.

There is a concept of a multiverse, which basically says that when you pull back out of the cosmos there are parallel universes that we tend to inhabit. So right now there is a different version of me somewhere out there.

I’ll bet he is wearing a heavy flannel jacket somewhere in the Pacific Northwest. He is standing at the edge of a wooden dock that sways and creaks with every swirl of water beneath it. Trees reach into the sky all around the large hidden lake. This secret kept so well by time and nature. He looks out and takes a sip of his coffee early in the chilly morning. The smell of dark roasted coffee beans stinging his nose. He seems so small compared to his surrounding but he understands that they dance for him. They sway for him.

His own private show in these quiet hours.

I’ll bet he finishes his coffee and goes back inside where his wife is finally up. She sits reading the paper in one of his old shirts and a pair of shorts. She is concentrating so hard on whatever it is that she is reading that she doesn’t even realize he has come in.

He kisses her on top of the head and wishes her a good morning as she turns her face towards his with a smile.

I’ll bet he puts the cup in the sink and begins tip-toeing through the old log cabin that he bought years earlier. I’ll bet he is looking for someone.

He turns each corner cautiously until a tiny figure jumps out and screams, “BOO! I got you daddy!”

“Yeah you did, bud,” he exclaims as he hoists the tiny young man up on his hip.

I’ll bet he takes the young man into the kitchen and sets him in the chair next to his mother. There is a window above the sink where he sees out over the placid lake where fog creeps slowly from the warm water into the cool morning air.

I’ll bet he makes a quick breakfast for his family and then they all go outside.

The young man plays in the yard with a chocolate lab. They run together in zig-zag patterns.

The mother and the other me walk through the woods talking about whether or not they should go to town today, what the weather is like, how it used to be, and maybe about how much they want to have another baby.

The sun rises and sets on this day. The man enjoys a meal he prepared and they all go out onto the same wooden dock as before. The young boy throws a tennis ball into the lake, which signals the dog to sprint off the dock. He retrieves it over and over, always coming back to his tiny companion.

The mother gets cold and decides to go inside. She kisses the other me and heads towards the illuminated log cabin that peeks through the wooded fortress around the home.

Their shadows blend into the dark night and he hears the front door creak shut and latch.

The sounds of bullfrogs croak from somewhere distant. Crickets chirp ethereally from all around. It encompasses him.

He is surrounded and enveloped by nature.

He looks up into the night where millions of stars shine in the sky. Planets cast their technicolored twilight down. Cosmic dust swirls in the depths of space.

After a while, his mind wanders away from this beautiful place filled with such interesting flora and fauna. He begins to wonder what life had been like if things had turned out different.

He loves his family and his life but what if?

I’ll bet he wonders what life would be like to be a little freer. To be able to expand his mind and wrestle with concepts that seems so foreign to most.

He ruminates on this for hours until the cold night sinks to his core and he saunters back into the warm cabin.

I’ll bet he thinks about this until he begins drifting to sleep.

I’ll bet, just before he lets his mind rest for the night, he wonders if I wonder about him as much as he wonders about me. We are all high.

I think there is a truth about myself and about some others. I would like to think, to some degree, that this is true about everyone. I believe we all want to be natural disasters. We want to be seen as beautiful and ethereal and monstrous at the same time. Ladies, call a fella a ‘big teddy bear’ or some other simile. Gentlemen, call a woman ‘dude’ or ‘man’. These terms set us away from that goal of what we want to be. This is not what I want. Cute names and checking boxes on Facebook delineating our relationship status are far from the perfect, proverbial “one”.

This is far from what we want, I believe. We want what the movies refuse to show. Reality. The fact is, we all want to be beautiful and flawed to someone. No god or goddess. We want to be more than an object or a sedative. Who gets high on us?

I think some people, I finally see this in me, want to be the destroyer and the destroyed. The haunter and the haunted. We crave relief from the banality of Netflix and idle conversation. We want someone with the power to destroy us…but doesn’t.

Why? Why would someone with all this power over you not destroy what you have built? Such power is infectious and dangerous.

I believe the answer is because they would destroy themselves. You have as much of that “power” over them as they of you. This symbiotic beauty with breaking and regenerating becomes its own drug . After a while these static things: food, sleep, making others feel so that you can, the ability to emote again; all of that fades. Finally, the chasm fades and you are left with two entities that blessed and cursed with each other. That is what it means to find the one in my eyes. When you realize how much it would destroy you if they left and how much you would destroy them if you did the same.

We believe this does not exist but I still sit at my table. I see all of the patrons around me and I know I am impatient but I still wait. I will always wait until she comes. My great disaster sitting before me.

For those whom this resonates with, you know this all too well. 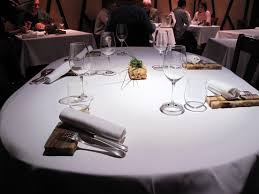 My chrysalis breaks as I emerge from a mental, artistic, and physical slumber. I awake to my own ruin. I have taken a step back from this person I have been over the past few months. I have been on auto pilot. I moved through life and never lived for the longest time. I was just doing what I should do. My writing fell and the entity that craves a voice was lost. I shut myself away from friends and family. It’s funny. Some of the individuals I used to hang out with were asking, “where have you been?!”

I initially shrugged it off by saying how busy I was but now I know that I am not able to say where I have been. A void would be the best way to put it. This chasm, this black hole of nothingness. Depression of a sort. It is this new existence that I find myself in. For the first time in my life I am left with myself. The real me, and it is scary. No isms to speak of around friends or inside jokes. It is an awakening like I have never had before. To look into yourself and see the terrible things that lurked beneath the surface.

I realized some things. I get high quite a bit. No, not on drugs as we know them, but other drugs. Making people laugh, personal success, pleasing others, achieving this, helping with that. I am addicted to a lie. A lie of who I am. I could never be honest with myself until this key stroke. I get a high from a sordid lie that I have bought into my whole life. When I see that this is so blatant, I lament. How could I have not seen this?

I notice something in me that is like the longing for a former love. However, it is in no regard for an individual. More like the yearning for an entity that does not exist. At least not yet, right? In my own little universe, she is not here yet. It is the feeling when you are meeting a friend for lunch and you have your table but your friend is running late. You think, “Where the hell are you?”

I put this into some lock box deep down. I have been on a few dates over the last year that have made me feel more than jaded. It seems like people are so lonely now. I have fought against it because I always thought that if I felt lonely I should not be with someone. It is toxic. In the end, I am lonely but the worst is the void. I enter the void with open arms and willingly. In this vacuous place I call my own there is no room for a beloved. Some narcissistic splendor of wallowing. I am sadist and masochist. I lover and loved. Hater and hated. Two hemispheres that were never meant to interlock have done so.

I separate and I see the reality. I am afraid of being happy. I love this tortured feeling that I feel now. The angst, the wild curiosity that comes with it. I love emoting. These are feelings I have not felt in months. I was carefree. This is a sickening condition. Apathy bathed me and cleansed me of the impurities of emotion. I feel more alive now than ever and what I have realized after speaking with some friends is that my condition is not mine alone.